Benefits of education for the well-being of parents, children, adolescents and young adults (EBWo) 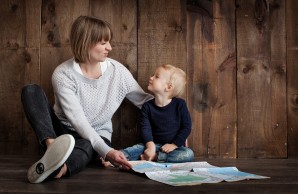 General information:
In the past, the prime focus has been on the monetary benefits of education for people’s future lives, such benefits being viewed mainly in the context of the acquisition of skills and the institutional framework. However, little or no systematic consideration has yet been given to the non-monetary benefits of education, such as the various aspects of well-being in children, adolescents and young adults. The EBWO Project has therefore looked at potential changes in well-being at the key transitions in life and has examined how these correlate with educational resources available to families and the educational paths taken by children and adolescents.

Methodology:
The three key objectives were examined on the basis of longitudinal data from three panel studies, namely the BELLA study , the pairfam-Panels and the AID:A-Survey .

These three studies contain historical data on educational resources and changes thereto, various aspects of well-being and the relevant mediating factors involved. In addition to delivering representative, longitudinal data, these three data sets have the important advantage of being based upon a multi-actor approach, in which several persons from each household are surveyed on the same topics, thus allowing a comparison of the different perspectives. Initially, the individual data sets were analysed independently of each other with respect to the various issues (regression and mediation analyses), and the results then linked and merged at a later date.

Results:
With higher education, respectively an increase in education, more favorable patterns of well-being were found across all three central transitions, both in terms of physical as well as psychological well-being and satisfaction with life. In particular, these effects can also be considered as indirect effects of education on well-being because - depending on the transition considered - the relationship between education and well-being was mediated through, for example, social isolation and poverty, family and parent related traits such as the family climate and parent-child relationship, and cumulative burdens. Higher education was shown to be especially advantageous when coping with demanding transitions and phases, such as a stressful life situation of the family, e.g. the separation of parents, and in handling the associated distress. Furthermore, results indicate that the relationship between education and well-being is reciprocal, meaning that well-being in return can impact the level and course of education.

Partners:
The project was conducted by Prof. Dr. Walper (Research director of the German Youth Institute) in cooperation with Prof. Dr. Ravens-Sieberer (Professor of Health Science, Health Psychology and Healthcare of Children and Adolescents at the University Clinic of Hamburg-Eppendorf) and Prof. Dr. Brüderl (lecturer at the Institute of Sociology of the Ludwig Maximilian University of Munich). 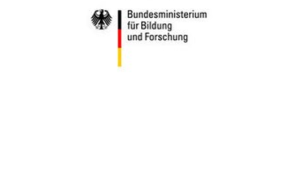