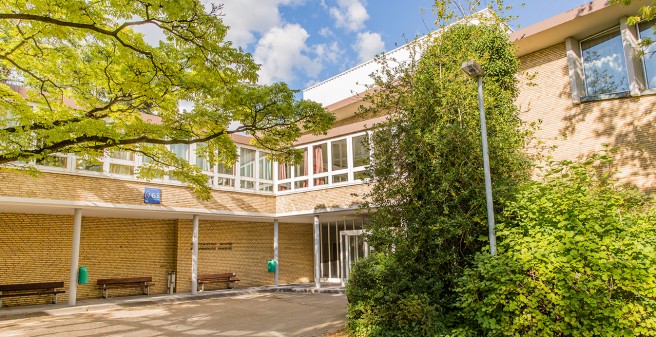 History of the Institute of Anatomy

History of the Institute of Anatomy

The origins of the Institute of Anatomy go back to 1919, when the first medical students were taught in a villa and in two wooden military huts. It took almost 40 years before the Institute was completed in April 1958. Due to increasing numbers of students, a second chair was introduced in 1958, and the neighbouring building, orginally the bathing house, was incorporated into the core institute.

A long list of renowned scientists have worked at the Institute. Many of them did not stay for long, such as Friedrich Meves and Wilhelm von Möllndorf, as they werre soon appointd to other universities. They were followed by Heinrich Poll, who was driven out of office by the Nazi regime in 1933, and Kurt Goerttler, who went on to Heidelberg to set up an anatomical institute according to the wishes of the Reich's educatiion minister. He was followed by Johannes Brodersen, who was responsible for initiating the Anatomic Collection , but who was forced into early retirement by the NS regime. Karl Zeiger, who followed him, was head of the Insitute for 17 years, and was responsible for the introduction of electronen microscopy. His successor, Ernst Horstmann, was known for his scientific versatility, carrying out fundamental work on the morphology of the skin, the central nervous syste and sperm cell development. The embryologist Hermann Bautzmann, the neuroanatomists Kurt Fleischhauer, Werner Lierse, and Adolf Friedrich Holstein, to whom we largely owe our knowledge on spermatogenese, were also heads of the Institute.

Both institutes belong to the Center for Experimental Medicine.