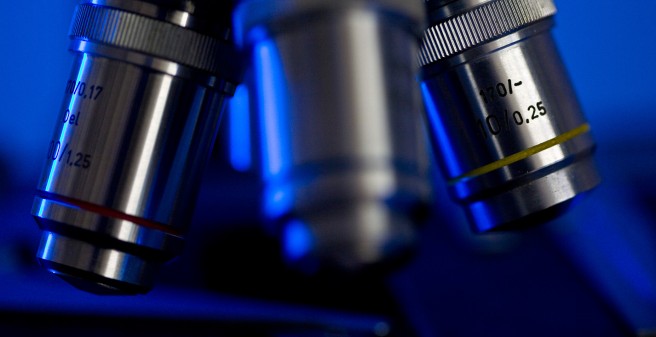 The rhythm and melody of a piece of music is only conveyed successfully by an orchestra when each note is precisely timed, and when each instruments' "voice" is synchronized. The brain can also be considered an orchestra, with different brain regions representing "instruments" and each neuron being a precisely timed note. As in an orchestra, these components must coordinate their parts to create a meaningful "melody." Network oscillations have gained interest as an energy-efficient strategy for the organization and communication both within and between brain regions. In humans and animals oscillatory brain activity emerges very early in life, being already present in utero. While it is now known that these oscillations actively contribute to sensory perception and cognition in the adult brain, their function during development is still largely unknown.

The following topics are currently being investigated:

Brain processing during mnemonic and executive tasks relies on interactions within complex neuronal networks. We recently initiated the elucidation of cellular and network mechanisms contributing to the development of functional communication between the prefrontal cortex, hippocampus and subcortical nuclei. The long-range coupling during a defined period of development seems to be mandatory for the emergence of cognitive abilities.

Our day-to-day life requires permanent interactions with the environment that are enabled by multiple senses. To obtain a unified percept of the world, these diverse sensory inputs need to be bound together within distributed but strongly interconnected neuronal networks. We are investigating the mechanisms, ontogeny and behavioral relevance of multisensory processing.

In the absence of major structural defects, several neurological and neuropsychiatric disorders have been considered as "oscillopathies", i.e. miswiring disorders as a result of abnormal functional communication by oscillatory rhythms between different brain areas. It has been hypothesized that these functional deficits already take place druing development. We us animal models of schizophrenia and perinatal hypoxic-ischemic encephalopathy to identify the abnormal maturation of circuits and its disease-related behavioral readout.

4. Sensory control of the maturation of cognitive processing

While sensory perception and cognitive processing represent constant research topics in neuroscience, they have seldom been investigated synergistically. This is especially true when considering their ontogeny. The largely separate investigation of sensory and cognitive ontogeny stems from the fact that most sensory systems are underdeveloped during early life and, thus, their impact on the formation of neuronal networks underlying cognitive processing has been deemed negligible. As a notable exception, the olfactory system reaches full maturity during intrauterine life, controlling mother-offspring interactions and survival. We recently initated the investigtion of the strucutral and functional pricnciples underlying the connectivity and communication between the olfactory bulb and the memory-relevant limbic circuitry during neonatal and juvenile development.